By LynnUWatson on September 9, 2020 in Author Friends, Authors, Book Reviews 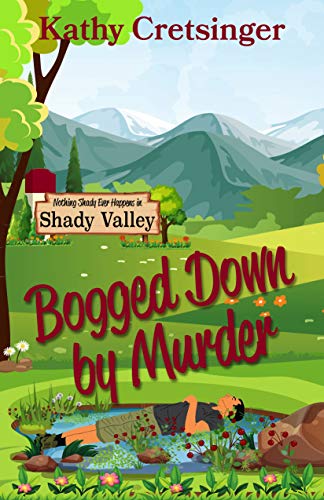 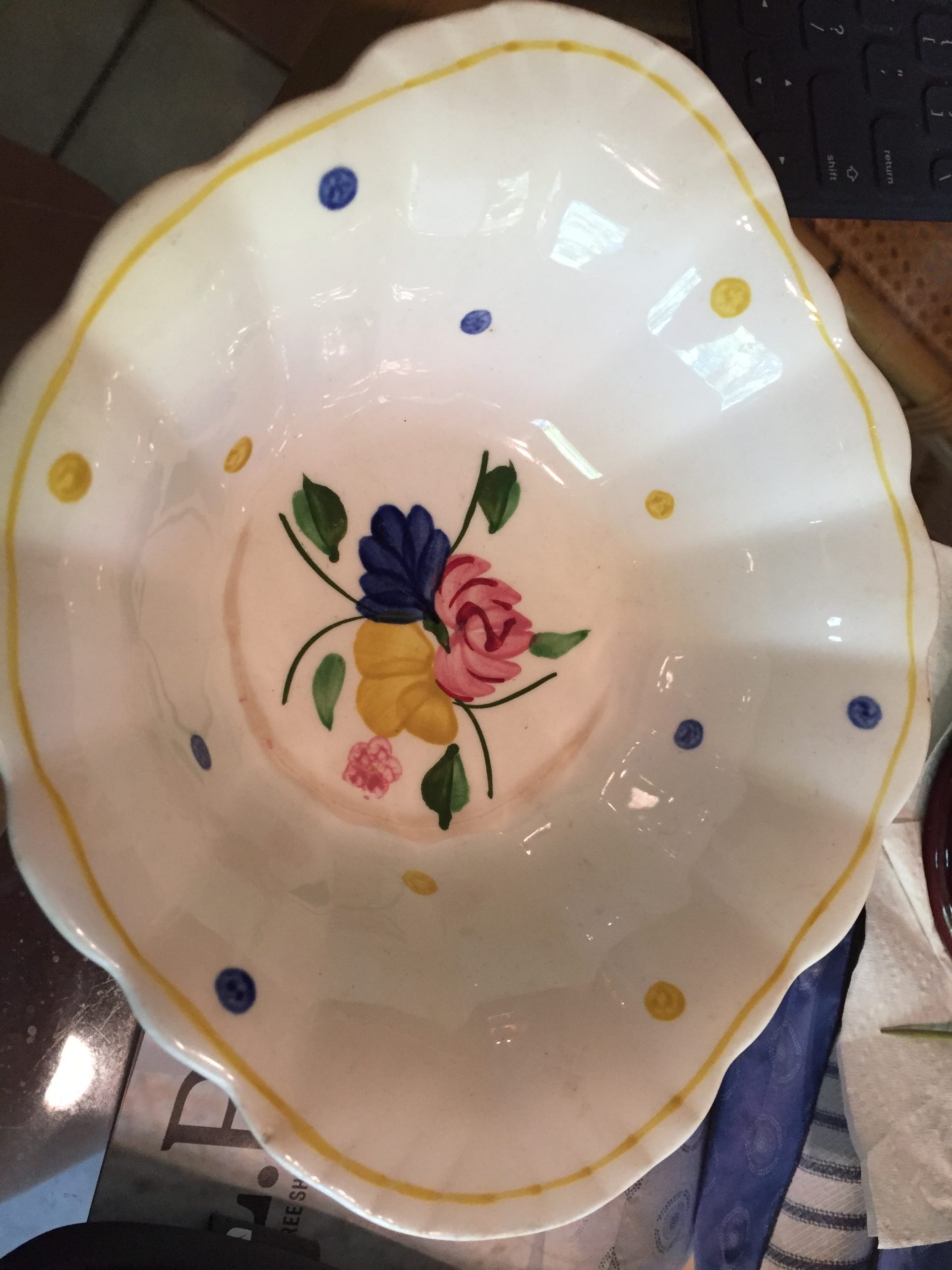 Who would have known, two distinctly different mysteries in one weekend? And they are connected — sort of! When I offered to read and blog about Kathy Crestsinger’s recently released cozy mystery, Bogged Down by Murder I already knew it takes place in Shady Valley, a small mountain town in East Tennessee.

The same weekend, I emptied my dining room buffet to give it a new finish. This little dish, given to me by my mom’s sister many years ago, was among the treasures stashed there. I’ve wondered the history of the polka dot bowl in the past. This time curiosity won.

Southern Potteries, Inc., it turns out, is located in Erwin, another small East Tennessee town near Shady Valley. When I asked Kathy about it, she said, “Oh yes, I know Erwin. It’s over the mountain.” We both laughed because “over the mountain” is part of the story, and Erwin is across a mountain from the cranberry bog turned murder scene of Bogged Down by Murder.

(The pottery makers closed long ago, but have a special history. I’ll have to give it a blog post all it’s own. Be curious. It’s a great story!)

Both towns host a festival each fall. The Blue Ridge Pottery Festival in Erwin and the Cranberry Festival in Shady Valley.  Today we’ll make the trip over the mountain to Shady Valley to visit City-girl, Daisy McQueen, on the farm she inherited from her grandmother.

The real Shady Valley still operates on cash or checks only — NO credit cards.  An unlikely place for this uber-wealthy entrepreneur to even think of opening any part of her business. Or to convince residents to trade their fried food habits for the healthy ones her company promotes. We jump right into the story with a murdered man in a cranberry bog on her property. Enter a cast of quirky characters, family connections, death threats (someone wants her dead), and Harry. Together they deliver all you would expect from a cozy mystery. It’s a great weekend read!

Kathy, Daisy, and friends include a few of their favorite recipes for smart living.

Kathy will be at the Cranberry Festival at Shady Valley School, October 10, and she will have books!

Here’s the back cover copy:

City girl, Daisy McQueen, inherits her grandmother’s farm in the mountains of East Tennessee, Shady Valley to be exact. Daisy owns a company, Smart Living, that teaches people how to live healthy, and she is used to city life. Shady Valley only has one small store and one restaurant.

Daisy finds a dead body in her cranberry bog, and she is the number one murder suspect. Harry Greer helps her with her investigation without realizing Daisy is one of the richest women in the world with her company, Smart Living.

Hunters are secretly entering her property from the Appalachian Trail at night. Harry wants to protect her, but Daisy wants to teach the people in Shady Valley how to eat and live healthy.

Someone wants her dead. 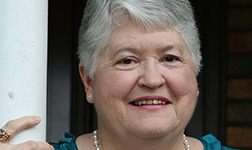 Kathy Cretsinger’s first three books are under the name of Katt Anderson, but the books she publishes now are under her real name. Her writing career began with stories of the Melungeon people from East Tennessee. She now writes about people in a small community in Tennessee—Shady Valley. She enjoys revisiting the mountains and the beaches and helping authors find their niche in the writing world. Her life is full of church and her family.