By LynnUWatson on March 30, 2018 in Bible Study, In the Garden, Inspiration, Life of Bible Characters 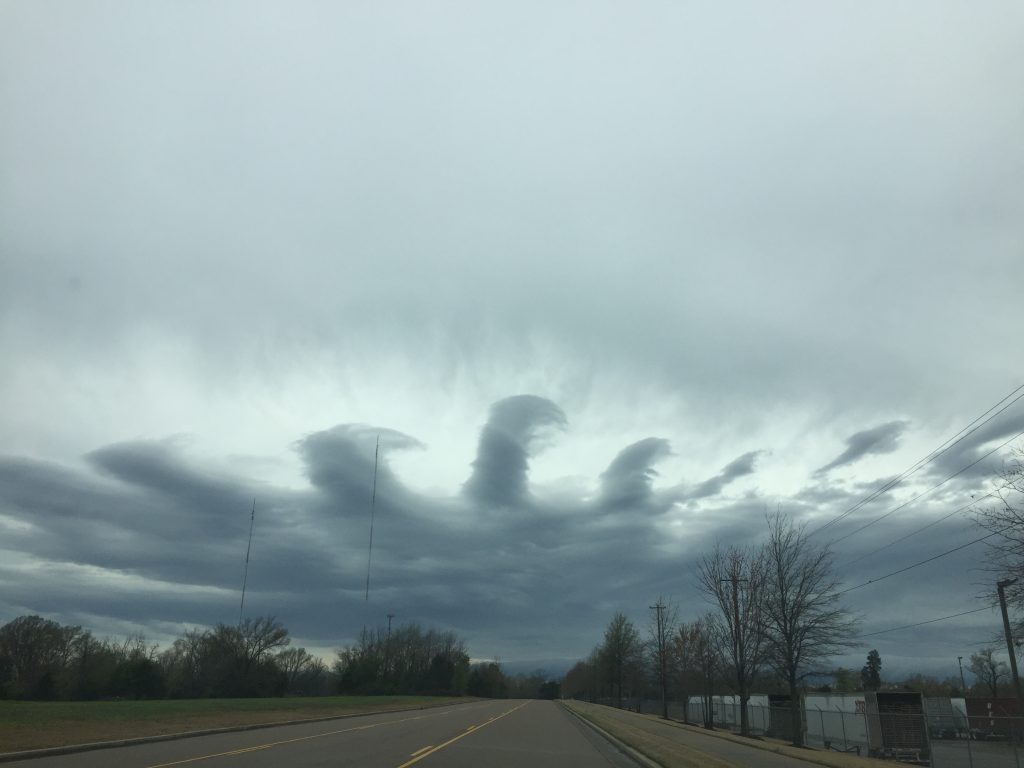 This cloud formation stopped me in my tracks yesterday — Thursday of Holy Week. I snapped the pic and sat contemplating what I was seeing. Certainly, it captured the power and majesty of God.

Later in the day I showed it to my 10 year old granddaughter. After it blew her mind a bit, too, she said, “Gramma, it looks like you got a word from God.”

“It does look that way doesn’t it,” I replied We briefly discussed its meaning with no conclusion.

I googled scriptures about the sky and clouds. The search led to these verses, which “just happened” to be the first words of Jesus following His arraignment before the Sanhedrin and probably spoken during the very wee hours of Friday morning — the day of His death. With all the accusations against Him, try as they might, they found no offense in Him. His silent lack of response to those accusations, of course, infuriated these men. There were 70 of them in the ancient Israel Supreme Court plus the chief priest. They desired to kill Him and be done with Him. Putting a new slant to their questioning, one of them asked this question:

“By the living God I place you under oath: Tells us if you are the Messiah the Son of God!”

“You have said it,” Jesus. Told him. “But I tell you, in the future you will see the Son of Man seated at the right hand of the Power and coming on the clouds of heaven.”

These words were the first Jesus spoke to this assembled court — probably the first ones following His capture in the garden. By then it was the wee hours of Friday morning. We’re reminded that even as we remember his death, the day holds great promise. All His disciples abandoned Him. He stood alone without witnesses before His accusers. He knew the Truth of His statement would lead to His death. His love for His terrified disciples and for everyone of us, carried Him through the agony He endured that day. He is coming back on the clouds of heaven to take His followers to heaven for eternity!

The clouds displayed a dramatic reminder, and from the mouths of children and their trusting faith come words and truths we might miss. I’ll spend time with this precious grandchild tomorrow, and I eagerly await the opportunity to share this with her.