After 3 millennium of earthquakes in the area, the foundation of the temple in Jerusalem is still standing. Here’s how it was built.

King Solomon conscripted laborers from all Israel — thirty thousand men. He sent them off to Lebanon in shifts of ten thousand a month, so that they spent one month in Lebanon and two months at home. Adoniram was in charge of the forced labor. Solomon had seventy thousand carriers and eighty thousand stonecutters in the hills, as well as thirty-three hundred foremen who supervised the project and directed the workmen. At the king’s command they removed from the quarry large blocks of quality stone to provide a foundation of dressed stone for the temple. The craftsmen of Solomon and Hiram and the men of Gebal cut and prepared the timber and stone for the building of the temple.

Tyre and Sidon were cities in an area known in the ancient world as Phoenicia. King Hiram of Tyre in Lebanon was a friend to Solomon’s father David. Solomon sent to him for help with the temple construction. One thing the Phoenicians knew well was how to work with stone and timber. They worked alongside the men Solomon had brought together to build the temple for the Lord.

In Phoenician architecture and building they used enormous foundation stones. The findings of the Palestine Exploration Fund in their excavations have found that

“the temple foundation consists of blocks measuring from fifteen to twenty-five feet in length, and from ten to twelve feet in height. The width of the blocks at the angles of the wall, where alone it can be measured, is from twelve to eighteen feet. At the south-west angle no fewer than thirty-one courses of this massive character have been counted by the recent explorers, who estimate the weight of the largest block at something above a hundred tons.” *

One of the advantages of such enormous blocks is

“. . . massiveness in the material conduces greatly to stability, and that, in lands where earthquakes are frequent, as they are along all the Mediterranean shores, not many monuments would have survived the lapse of three thousand years had the material employed been of a less substantial and solid character.” *

In Isaiah’s vision, the foundation  of this temple shook when the angels raised their voices in praise to the Almighty!

“Holy, holy, holy is the Lord of Heaven’s Armies!
The whole earth is filled with his glory!”

Their voices shook the Temple to its foundations, and the entire building was filled with smoke.

WHEW! I’m trying to visualize that scene in the temple with all it’s sights and sounds. I’m blown away by the host of heaven and the power of their praise. Add the power of subsequent earthquakes and the temple foundation still stands.

I’m overjoyed by the SIZE of my God!!! If He can do that for a building of stone, what will He do for us as believers. Our bodies are His temple.

Do you not know that your bodies are temples of the Holy Spirit, who is in you, whom you have received from God? You are not your own; you were bought at a price. Therefore honor God with your bodies.
1 Corinthians 6:19-20 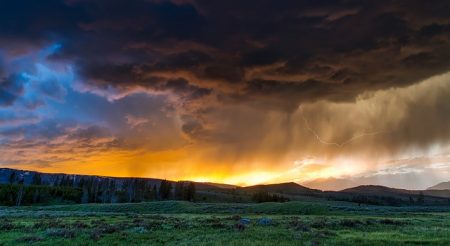 Is your temple built on the Solid Rock of Jesus? Will it withstand the storms of life? Do you praise Him in your storms? Do you honor Him with your life trusting Him for the outcome? Do you see how very big He is, or do you focus on the immensity of the storm?

Honor him with your body, your life, your praise!

Victorian Beauty – Treasures and Pleasures from Novel-Research
July 20, 1969 – What Do You Remember?