Do you often fall for a book by its cover? We’re warned not to judge by outside appearances, but my first glimpse of the perfectly-designed cover of Liana George’s new book, Perfectly Placed, made me forget that advice immediately. Those red lanterns waving in the wind invited me right in.

Yes, I’ve read the book–the story equal to its cover!

Both her first book, Perfectly Arranged, and this one are set at least partially in China. Aware that Liana and her family lived in China for a period of time, I asked her to share how that experience influenced her Hopeful Hearts series. THANK YOU, LIANA, for sharing today.

The Story Behind My Story

Writers are a curious bunch. We’re always listening, observing, reading, or studying to find our next story idea.

Yet despite being Nosy Nellies (or Neds), we usually end up using our own experiences as the genesis for our works. Why? Because it provides us the opportunity to process an experience and share, either for good or bad, what we went through.

Which means there’s usually a story behind the story you’re reading.

That was definitely the case for me and the three books in my Hopeful Heart Series. And today I’d like to pull back the curtain and tell you a little bit about mine.

How It All Began

In 2006, our family of four moved from Chatham, Illinois to Nanjing, China. It was a big change, but we loved every minute of it. It was an opportunity I’ll never forget and living there gave me plenty of story ideas.

Sometime in 2007 or early 2008, my dad phoned from the States and said he needed a favor. Since he was watching my dog, handling my mail, and driving our car for us, I happily agreed to help him out. Thankfully, his request was not that much: he had a friend (we’ll call her Jill) whose father had just passed away. Sometime after her father’s funeral, Jill was rummaging through her father’s personal effects when she came across an unusual business card: 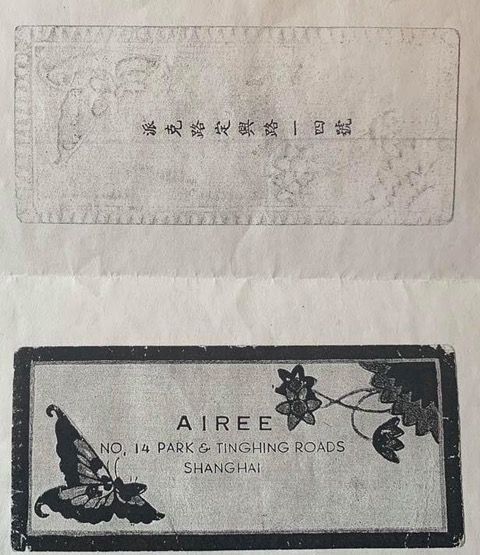 Jill found it odd that her father would have something like this in his possession. As far as she knew, he’d never been to China, never had any work dealings there, nor did he have any Asian friends. She was completely baffled!

Knowing that I was living in Nanjing and traveled to Shanghai quite often (it was a quick train ride between the 2 cities and offered us the best opportunity to feel like we were back in the Western world for a little while), she asked my dad to see if I would be willing to drive by the address listed on the card, take a picture of what was there, then send it back to her so she could solve this mystery.

Intrigued, I accepted the chance to play detective.

The next time I went to Shanghai with my driver, I gave him the card so we could go by the location, and I could nab a picture. After a few hours of fruitless searching, we couldn’t find it – my driver thought perhaps the card was so old that the street names had changed – and I had to report back that I couldn’t be of help after all.

Rather than throw away the card, though, I tucked it in my idea notebook for safekeeping. But the questions surrounding it always tickled at my brain: what was at that address and why did her father have this card?

I truly believed there was a story there. However, I was clueless about how to fully develop an idea into a book, so I did what most novice writers do: I put it on the backburner and hoped I would figure it out one day.

Putting the Pieces Together

My family had been back in the States for a while (after a short stint in Germany) and I had started my own professional organizing business, By George Organizing Solutions. Part of my marketing plan included writing blog posts so I could connect with readers and showcase my organizing expertise. Creating those posts ignited my passion for writing once again and with it, the desire to pen a novel.

The only problem was I still didn’t know how to take an idea and make it into a book people would want to read. So as I had before, I pushed the thought aside and continued helping people bring order into their homes and lives.

After years of struggling to figure out how to create a novel around the business card, I finally discovered how to bring my story to life.

One day I was telling a friend about the ins and out of my life as an organizer and how I often came across interesting “finds” while decluttering clients’ spaces. As I did, a connection between my job and the long-forgotten business card was forged. Why not write a story where my main character is an organizer whose client needs assistance going through her deceased father’s personal belongings? Then, working together, the pair discover an unusual Chinese business card which leads them on an overseas adventure to uncover a family secret.

It was as if I’d been struck by lightning!

And that is the story behind my story.

If you ask any author, they usually have one. I hope by sharing mine, I’ve shed some light on the books in my series and piqued your curiosity to consider reading them too!

A glimpse at the Perfectly Placed story:

Nicki’s tasked with making New Hope the perfect place for orphaned children.
So why has everything gone wrong?

Six weeks after leaving China, Nicki Mayfield returns to complete two critical tasks: restore order at New Hope Orphanage and re-connect with the little girl who stole her heart. However, between a stubbornly stone-walling supervisor, missing documents, and personal tragedy, Nicki faces challenges at every turn. Is she the best person to bring order – and longevity – to the place these children call home?

Then, with the help of an unexpected ally, Nicki makes a life-altering decision that upends her well-planned life and the lives of those around her. Will she lose it all, or has she found the way to save what matters most? 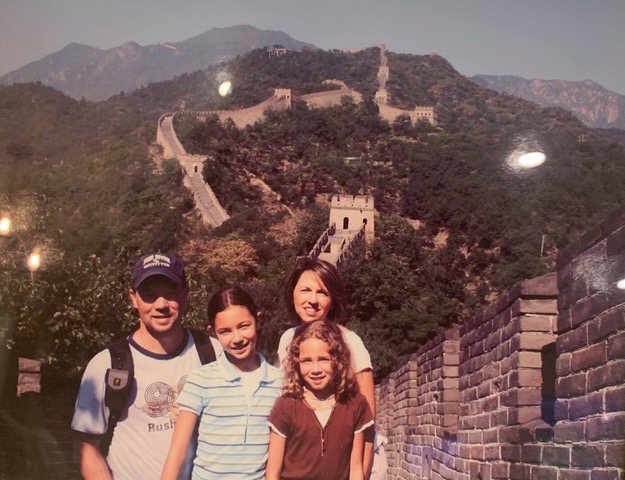 Liana George is a sought-after speaker, blogger, and author. Before pursuing a career in writing, she was a professional organizer and the former owner of By George Organizing Solutions in Houston. Her debut novel, Perfectly Arranged, Book One in The Hopeful Heart Series, was released in October 2021 from Scrivenings Press. When she’s not putting things in order or scribbling away, you can find her reading, traveling, or watching tennis.