By LynnUWatson on February 16, 2018 in Cinnamah-Brosia, In the Garden, Life of Bible Characters, The Essence of Courage

What follows is an excerpt from Chapter 6: Cinnamon/Goodness from The Essence of Courage. Two previous devotional readings in this chapter pointed to cinnamon representing the fruit of the Spirit: Goodness. God led me to choose Eve as the woman of the Bible displaying this fruit in her life. Thank you for keeping that in mind as you read.

Of all virtues and dignities of the mind, goodness is the greatest,
being the character of the Deity; and without it, man is a busy,
mischievous, wretched thing. ~~Francis Bacon

Grampa was the impatient kind when it came to his garden. Gramma directed her friendly admonishments, as he and I often picked the fruits of their labor before they were ready. The temptation was too great for both of us. We were eager to taste those radishes, onions, and other veggies we had planted and cultivated for weeks. Thankfully our temptations were not forbidden fruit.
With all the challenges to the integrity of our food supply, backyard gardening has returned with enthusiasm. Whether you live in the city or the country, you may have jumped on this train. The wide array of reality television programming includes a show where people are buying a farm. With limited space, others have located gardens in the front yard or patio of their urban or suburban homes. Some enjoy community gardens with shared bounty or visit local farmers’ markets regularly. 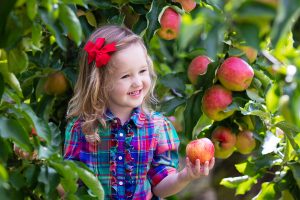 Adam and Eve tended a garden like no other and feasted from its goodness. Absolutely the best kitchen garden and flower garden ever, I’m absolutely positive there were cinnamon trees!

“Let Us make man in Our image, according to Our likeness. They will rule the fish of the sea, the birds of the sky, the livestock, all the earth, and the creatures that crawl on the earth.” So God created man in His own image; He created him in the image of God; He created them male and female. God blessed them, and God said to them, “Be fruitful, multiply, fill the earth, and subdue it. Rule the fish of the sea, the birds of the sky, and every creature that crawls on the earth.” God also said, “Look, I have given you every seed-bearing plant on the surface of the entire earth and every tree whose fruit contains seed. This food will be for you, for all the wildlife of the earth, for every bird of the sky, and for every creature that crawls on the earth—everything having the breath of life in it. I have given every green plant for food.” And it was so. God saw all that He had made, and it was very good. Evening came and then morning: the sixth day.
~~Genesis 1:26-31

Of all the animals God created, not one of them was right for Adam.
God had his created son take a nap, and while he snoozed, God fashioned a woman from Adam’s own flesh. Adam fell in love and named her Eve, a name meaning “the mother of all the living.” The man and woman were created in God’s image and given a superb array of fruits, veggies, and seeds. This was the sixth and final day of creation. God, extremely pleased with all that He had made, declared it to be “very good.”

There was one forbidden fruit. And, yes, Eve ate first. Eve, full of goodness and mother of every one of us, made the first gardening blunder.

God took the Man and set him down in the Garden of Eden to work the ground and keep it in order. God commanded the Man, “You can eat from any tree in the garden, except from the Tree-of-Knowledge-of-Good-and-Evil. Don’t eat from it. The moment you eat from that tree, you’re dead.”  ~~Genesis 2:15-17, MSG

We are not told how well Adam communicated God’s message. Eve had no idea what a temptation looked like before the serpent came knocking. He was a more beautiful creature then as opposed to the snake that sends most of us screaming and running for a hoe. She listened to this master of deception paint a beautiful picture of sin. He captivated her with a story of desire she couldn’t refuse. She turned to Adam, and he ate, too. That mistake defines the hallmark of our thoughts about our first parents in that first garden.

God loves us in spite of our foolish choices.
He loved Eve. God chose goodness for His creation. The folly in eating the apple carried consequences, but God’s reprimands and punishment included a promise to Eve.https://lynnuwatson.com/wp-admin/post.php?post=1091&action=edit

Because you’ve done this, you’re cursed, cursed beyond all cattle and wild animals, cursed to slink on your belly and eat dirt all your life. I’m declaring war between you and the Woman, between your offspring and hers. He’ll wound your head, you’ll wound his heel.
~~Genesis 3:14-15, MSG

Our enemy camouflaged himself well and wielded his cunning and manipulative powers in their lives, seducing Adam and Eve to live far from the goodness of the garden. No goodness remained in him, and the serpent lost his stature that day. He became an enemy of God, cursed to crawl on his belly and eat dirt.

Adam and Eve were punished, too, but God offered a promise to this woman He loved.
Through her offspring we gain The Savior who defeats Satan forever. This promise assured Eve (and you and me) of the most goodness hoped for in this life. Cinnamon’s aroma may attract bounty, but for the Christ-follower, the greatest wealth imaginable springs from the assurance of spending eternity in heaven with Jesus enjoying the incomprehensible goodness He is preparing for us. Feast on the ooey gooey cinnamon rolls* from the Holy Spirit garden while awaiting the day we enter the gates of the Holy City to live forever. The Tree of Life awaits us there.

Then he showed me a river of the water of life, clear as crystal, coming from the throne of God and of the Lamb, in the middle of its street. On either side of the river was the tree of life, bearing twelve kinds of fruit, yielding its fruit every month; and the leaves of the tree were for the healing of the nations . . . Blessed are those who wash their robes, so that they may have the right to the tree of life, and may enter by the gates into the city.      ~~Revelations 22:1-2, 14, NASB

Excerpt from: The Essence of Courage, copyright 2016, Lynn U. Watson

*A recipe for delicious Orangey Cinnamon Rolls is found on page 119 of  The Essence of Courage. The recipe for Lynn’s made-from-fresh-milled-grain cinnamon bread is found right here on the blog.

Encourage Others: Share Your Stories for “The Essence of Humility”
Greet Others with the Aroma of Christ